Note on the transistors used

Seymour Cray of Control Data Corporation awarded Fairchild a development contract for a silicon transistor that switched in less than 3 nanoseconds (ns). Existing silicon transistors offered operation superior to germanium at the elevated ambient temperatures prevalent in large computers but were too slow for Cray's planned new model 6600 supercomputer. Jean Hoerni met CDC's demanding specification by combining gold-doping - the addition of gold impurities (a technique he had developed for use on the company's original product line in 1959) - together with the new epitaxial deposition process. The 2N709 NPN device was introduced in July 1961 as the first silicon transistor to exceed germanium speed. In 1964, CDC placed "one of the largest single orders in the history of the semiconductor industry" with Fairchild for more than 10 million of the devices.

Note on lack of I/O interrupts

Please see the CDC 6600 section in my history of interrupts page. 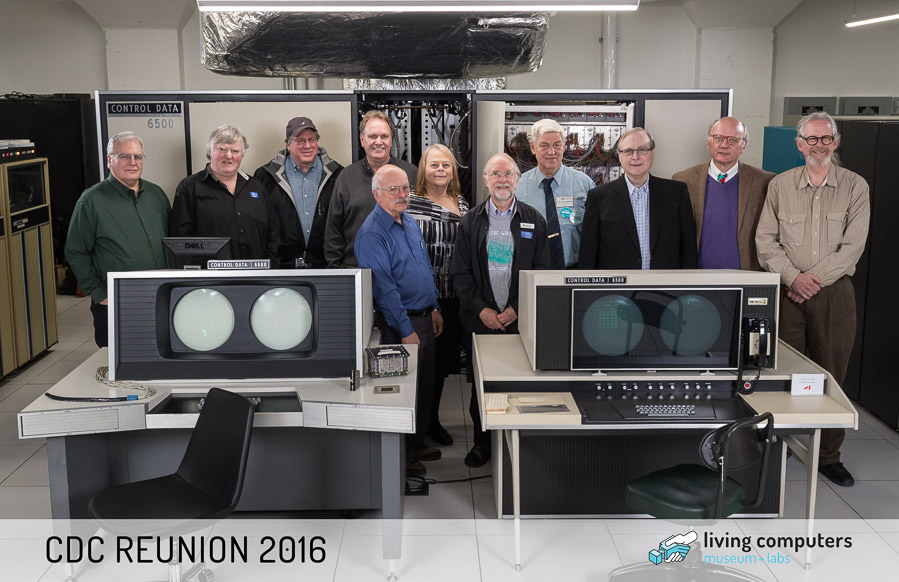 Paul Allen and Joe Cychosz are third and second from right, respectively 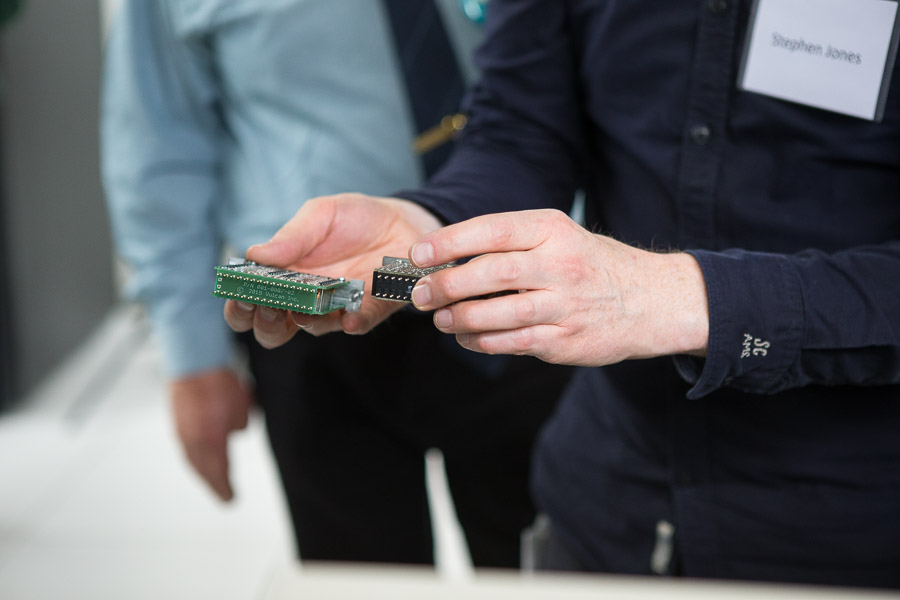 [photos courtesy of LCM and pixel-pro.com]

Most of the models in the Cyber 170-1xx series (ca. 1973) used up to sixteen 16-pin ECL DIP chips instead of discrete transistors within a cordwood logic module so that the same type of frames and cooling could continue to be used. The diagram below is from this CDC training manual on Bitsavers.

Lloyd Thorndyke describes a foot-square LSI gate array version of the CDC 6400 built by CDC Research ca. 1974 on page 25 in his oral history interview with Dag Spicer in 2010. Unfortunately, an executive required that an instruction (or two) be left out of the design, and that omission was later used to discredit the successful implementation. Tony Vacca gives additional details about the implementation effort in the section entitled "Addendum 1 - The test vehicle that validated CAD" in his ETA-10 article on the Engineering Technology and History Wiki. [I believe he means 1974 rather than 1984 in his addendum.]

See chapter 7 of John Vardalas, The Computer Revolution in Canada: Building National Technological Competence, MIT Press, 2001, for a discussion of CDC-Canada's efforts on the Cyber 173.

Acknowledgement: My thanks to Joe Cychosz for his help with CDC and Cray hardware details and for alerting me to the 2016 event at LCM.